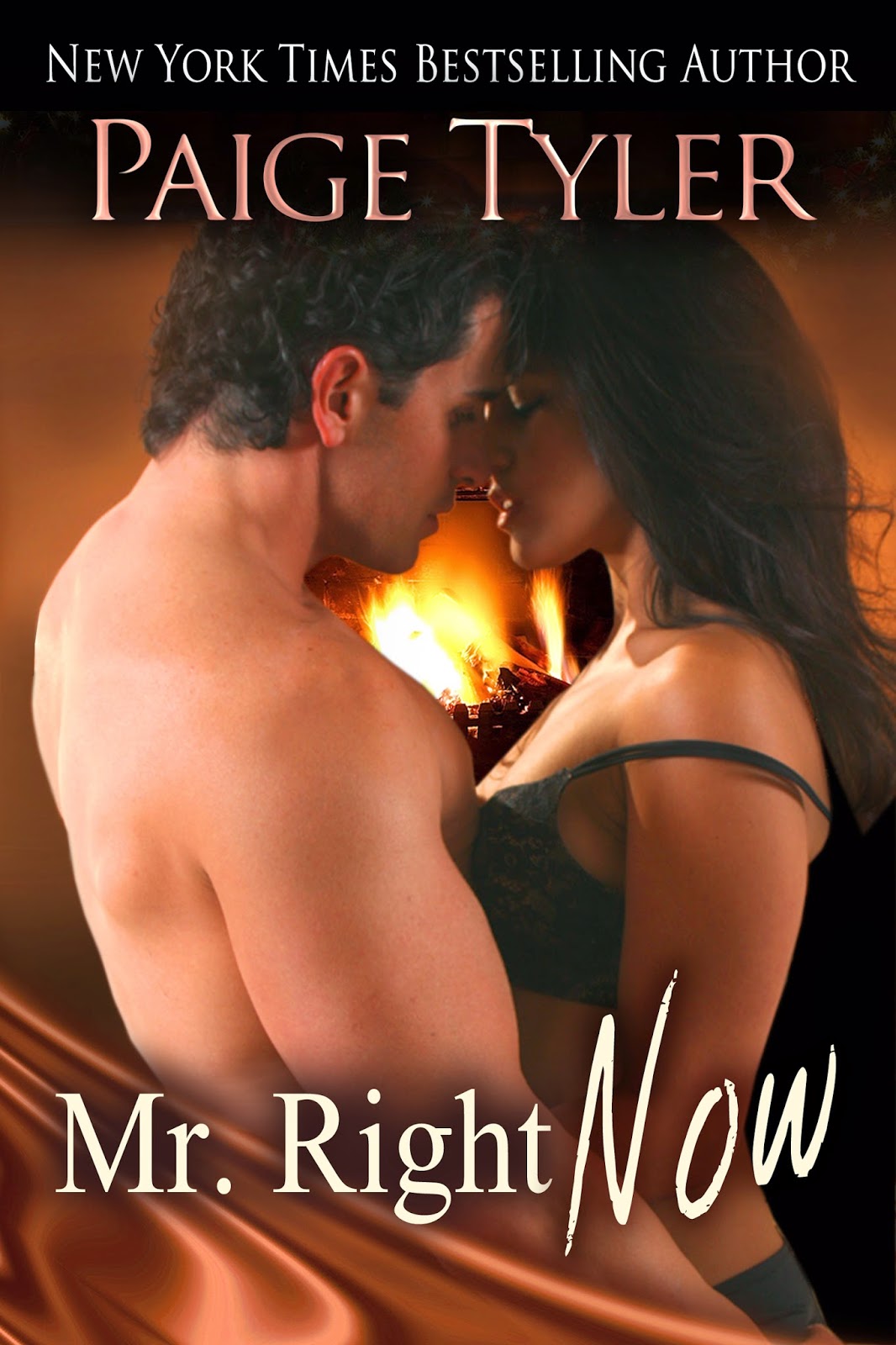 He chuckled, sending a sexy shiver running down her back. “You’re such a bad girl.”

“And you know what happens to bad girls, don’t you?”

She didn’t know where this little game they were playing was going, but she liked it anyway. “What?”

He leaned in closer. “They get a spanking.”

Thanks for participating and visiting Saturday Spankings. Click on the link to check out the other authors on the tour! And if you'd like to read more from MR. RIGHT-NOW I've included an excerpt below, as well as the buy links.


He's isn't supposed to be Mr. Right, but she's falling for him anyway...

Kate Gentry is always the bridesmaid, never the bride. When her best friend asks her to be maid of honor, it just reminds her of how crappy her luck is when it comes to finding her own Mr. Right. Her friends point out she’s trying too hard to find Mr. Right instead of having fun with Mr. Right-Now. They convince her to put her search for the perfect man on hold and have some meaningless sex with a hot guy.
Kate takes their advice and propositions the gorgeous best man, Dawson McKenna. When he eagerly agrees, she finds herself doing things in bed she's never dreamed of.

Despite knowing Dawson isn’t supposed to be Mr. Right, Kate finds herself falling for him big-time anyway. But since she was the one who made the rules, how can she now tell him she wants more than just a weekend fling?

He kissed his way along the curve of her jaw and down her neck. “You’ve been driving me crazy all afternoon, you know that?”

She cooed as his mouth found the curved of her shoulder. “I have?”

He braced one arm against the wall and lifted his head to gaze down at her, his eyes smoldering with desire. “You know very well you did. Rubbing that gorgeous ass of yours against my cock. I was hard the whole time.”

She gave him a coy look. “I don’t know what you’re talking about. I was just playing croquet.”

He chuckled, sending a sexy shiver running down her back. “Sure you were. You’re such a bad girl.”

“Uh-huh. And you know what happens to bad girls, don’t you?”

She didn’t know where this little game they were playing was going, but she liked it anyway. “What?”

He leaned in closer. “They get a spanking.”

She blinked up at him in surprise. Had she heard right? “A sp-spanking?”

He nodded. “A spanking. Right on that sexy little ass.”

Dawson didn’t wait for a reply, but instead took her hands in his and backed toward the bed. Kate’s pulse skipped a beat as she realized what he had in mind. She was both excited and a little nervous at the prospect.

When they stopped beside the bed, she caught her lower lip between her teeth and gazed up at him from beneath her lashes. “I think I should tell you that I’ve never been spanked before.”

He lifted a brow, clearly surprised by that. “Never? With an ass as cute as yours?”

She shook her head. She’d heard of other couples doing it, of course, but it had just never come up with any of the men she went out with. Even if it had, she wasn’t sure she would have done it. She’d always assumed good girls didn’t do kinky stuff like that, at least not with men they were looking to marry. But she wasn’t looking to marry Dawson, which meant she didn’t have to be a good girl. And from what she’d seen so far, being a bad girl was a lot more fun anyway.

Suddenly realizing he might have taken her confession to mean she didn’t want to try it, she let her lips curve into a slow, naughty smile. “But you’re right. I have been a very bad girl. I should definitely be spanked,” she said, then added more softly, “But only if you promise not to spank me too hard.”

Kate caught her breath. Something told her she was going to like getting spanked.


For more of my sexy, romantic fiction, visit my website at http://www.paigetylertheauthor.com


Sign up for my newsletter to keep up with new releases, special sneak peeks and giveaways only for subscribers!
http://eepurl.com/BBrEP

Even good girls need to expand their horizons. I think she's going to enjoy her lessons.